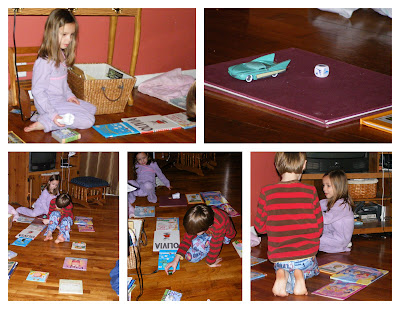 This morning Caleb had a bunch of books laid out in a circle. I asked him what they were, and he said he did it for Rachel. Then a few minutes later he and Rachel started playing a game with them. I'm not sure how exactly they played, but I know they rolled a dice and moved cars around the books like they were a game board. I guess after several rainy days in a row they have to get inventive.

Then Caleb got dressed and came out looking like this. He said he was a character. The box he's holding contains all his gadgets. 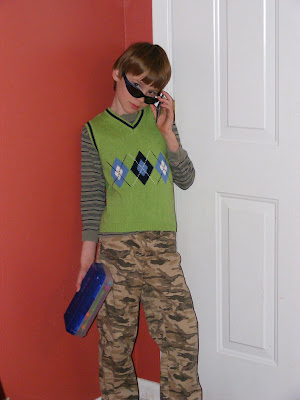 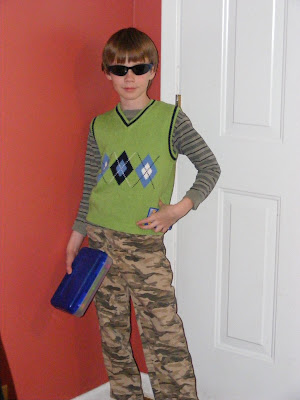